The Wi-Fi Forum of South Africa is a voluntary industry body which comprises of operators, service providers and associated parties which was launched at AfricaCom in Cape Town on the 13th November 2013. It’s inaugural conference took place on March the 12th 2015 at the Monte Casino Conference Centre in Johannesburg.

There was a common consensus among speakers that a market failure exists within the digital space in South Africa. This was emphasised by speakers such as Zahir Khan, director of Project Isizwe, who stated that the reason Project Isizwe was launched was to bridge the digital divide. The Minister of Telecommunications and Postal Services, Dr Siyabonga Cwele’s  speech also emphasised the critical role that reliable and secure Internet access plays in boosting economic growth. The Minister is welcomed the establishment of the Wi-Fi Forum SA and foresees it playing a role in a Wi-Fi revolution which will benefit South Africa’s rural areas, small and medium size enterprises and generally, every South African.

I believe our vision to achieve widespread coverage through 5 million hotspots at a speed of 100MB per second is a realistic goal. The City of Johannesburg, has set itself a target to create 1000 hotspots in the underserviced areas of Johannesburg by 2016. The industry is united in fixing the market failure we are currently faced with.

The matter of self-regulation within the industry also received a significant amount of attention during the discussions that took place as this is the desired model under which the industry will operate. In order to prompt this self-regulatory environment, a few conditions will have to be met. Other than the willingness to share infrastructure masts and power, other conditions that need to be met include:

We believe that the establishment of such a model will be beneficial to all stakeholders in our industry and prompt better relations between the private sector and government.

The Metis 2020 session sparked a need for self introspection when it comes to mobile network standards for South Africa. To establish our standing, it is necessary to look at the direction in which the global ICT industry is going in. It is moving at supersonic speeds with a number of groups working on changes since we emerged from the 3rd generations. These groups include, 3GPP, NFC and the Bluetooth Forum. It was mentioned that although South Africa possesses  the capability and capacity to have 5G, it continues to provide 2G in many of the rural areas. This is problematic considering that there is no longer a business case for deploying 4G, nor are there any prospective returns on the investment. The question remains, how do we keep abreast the latest technology developments without ever lagging behind again.

The annual Wi-Fi Forum SA conference proved to be a success as it created a platform where important discussions took place in improving the business model of this industry. We look forward to many discussions that will emerge from this platform. 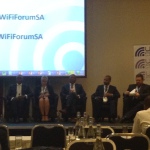 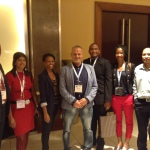 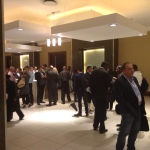