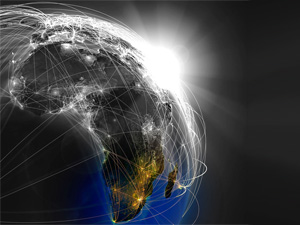 Why The State Needs To Invest in ICT Growth

On the 16th of April the World Economic Forum released its 2015 Information Technology Report. The edition saw South Africa drop five positions from their position last year, in the Network Readiness Index to position number 75. The Network readiness Index (NRI) measures 143 economies‘ ability to effectively prepare for, leverage and make use of ICTs.

A few days later, on the 20th of April Huawei released its Global Connectivity Index which revealed South Africa was ranked 33rd out of a total of 51 countries with a score of 41. Last year, the GCI only looked at 25 countries and South Africa held the 18th place.   Huawei compiles the report by looking at 38 variables, which are divided into four “cornerstones of connectivity” namely; supply, demand, experience and potential.

One of the key findings from this report is that a strong correlation exists between a country’s GCI and GDP. ICT is now a production factor, which drives the economic transformation of a country. Another finding from the report indicates the importance of ICT infrastructure in a country; a 20% increase in ICT infrastructure investment will increase a country’s GDP by 1% and 1.3% in developing countries. It has been proven that access to affordable Internet has a positive contribution to economic growth.

An example is the issues facing the deployment f broadband infrastructure is offered by Adrian Schofield, an ICT commentator, in the case of deploying fibre, in which case he believes government wastes a substantial amount of time debating which government entity should put in the fibre instead of just putting it in. Schofield also faults the delays in migration to digital television, for South Africa’s lack of high-speed broadband connectivity, as the slow rate of migration has limited the amount of spectrum available for broadband.

The report placed South Africa within the top 3 developing countries, which possess the greatest amount of potential, alongside Chile and China. South Africa’s strengths, which the report highlighted as being some of the motivators in this placing, include the fact that South Africa has the largest telecomm network in Africa, which is dominated by mobile telephony. The popularity of mobile Internet and smartphones prevalent in South Africa has been a huge driver in the growth in popularity of m-commerce. The continually increasing demand for laptops and tablets, as costs of 3G go down, has also contributed to the increase in popularity of m-commerce.

There are however, some challenges South Africa will have to look at solving in order to effectively reach the potential the country possesses. The report advocates that South Africa looks at “Policy reforms to increase mobile penetration and broadband in rural sectors through fibre-optic networks, like India and other developing nations.