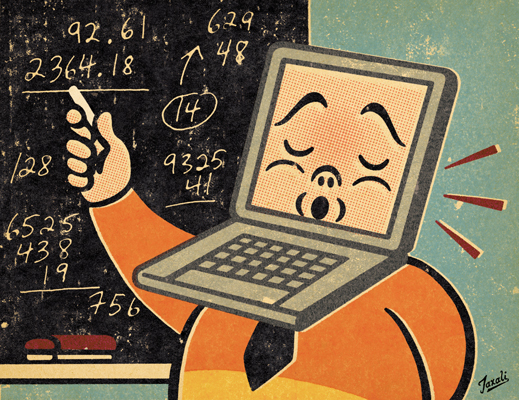 Lessons from the Digital Classroom

The latest global trend has been an increased funding by investors of educational technology start-ups. The amounts invested into these types of start-ups has increased from $1,6 billion in 2013, to $2,4 billion in 2014 and the first quarter of 2015 saw over a $1 billion invested, much of which occurred in China. Investors are seeing huge potential for profits within this segment but whether technology is making instruction better is still the question.

In four San Francisco schools, a data experiment is currently underway. AltSchools has decided to use these four schools to test whether technology is in fact able to assist teachers in maximizing student learning. Data expert and former head of personalization at Google, Max Ventilla, founded AltSchools two years ago. AltSchools allows schools to be run using data gathering technology.

The first piece of information gathering that occurs, under this program, occurs the minute the student arrives at school where they have to check in on an attendance app. For part of the day, students then work independently using iPads and Chromebooks. The work they do during this session is based on playlists of activities that the teacher selects to match each student’s personal goals. The teacher captures each student’s personal progress from these activities for later review. Classrooms are recorded and the teachers are able to flag the most important moments with the press of a button, in a similar way as someone would do when they favourite a certain TV show, social media post or music item.

The idea behind this is program is that all data from these networks of schools will ultimately be woven into a smart, centralized, operating system that teachers will be able to use to design effective and personalized instruction. There is even a recommendation engine built into the system.

Whilst most schools don’t have access to this type of technology that AltSchool is developing, more and more classrooms are utilizing laptops and other digital teaching aids in the learning and teaching process. This is reflected in the spend in the United States’ elementary, middle and high schools on IT of approximately $4,7 billion.

Ventilla hopes to eventually sell access to the system to other schools as well. To date, the system has managed to raise $133 million from the likes of Facebook’s Mark Zuckerberg, John Doerr and the Omidyar Network, to name just a few.