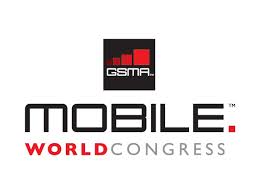 The Mobile World Congress is the largest annual conference and exhibition for the mobile communications industry and takes place in Barcelona at the end of the first quarter of the year. This year the annual event will take place from the 22nd to the 25th of February. Arguably, the most stirring aspect of the event is usually getting the opportunity to view some of the latest and groundbreaking technology in the field. This year’s does not seem like it will be any different with the household names including: Qualcomm, Nokia, Ericsson, Verizon Communications, Samsung, and many others exhibiting their latest wares and innovations, but perhaps the most exciting part is the focus of the discussions during the event being centered around Augmented (AR) and Virtual Reality (VR).

AR and VR, which has historically been prominent within the gaming society, is now gaining vast popularity within different industries one may have not considered in the past. Within the education sector, the technology is about to gain, in some instances, has already done so, huge popularity in the form of Google’s Expeditions, a virtual reality platform built for classrooms. Google Expeditions allows students to take tours of famous cities like Barcelona, using Google cardboard. In the higher education space, Western University, in Pomona, California, recently opened a virtual reality-learning center for their medical students.

In the healthcare space, VR is already in use, with a good example being the Snow World experience which is used to help rehabilitate burn victims by distracting them from the excruciating rehabilitation process by distracting them through letting them experience an immersive snowy environment. Therapy institutions like the University of Louisville have also been known to use the technology in helping patients overcome phobias such as fear of crowds, heights or public speaking.

In Air and Space, back in the 1960s, Tom Furness, who is considered to be the grandfather of Virtual Reality, spent time at Wright Patterson Airforce base working on solutions to solve the various problems pilots find themselves faced with when in the cockpit. The military today, is still using virtual reality and augmented reality in similar ways.

The use of this technology is not limited to these industries though as it gains popularity in others such as marketing, travel, real estate, automotive, skilled trades, just to name a few. It is due to this that it is predicted that this type of technology will be the overriding theme at 2016’s MWC, with many smartphone vendors rumoured to be launching the various ways in which they will hop on this train. Samsung Electronics and HTC are both fully aboard already and Lenovo recently announced their development phone with Google. Other big trends expected to be seen at MWC this year, include the 5G space. This has been under discussion since 4G networks were first launched but is slowly but surely starting to become a reality with SK Telecom and Verizon Communications already starting to tease with the developments they have made within the 5G space. I guess only time will tell as we count down to the eleventh annual Mobile World Congress in Barcelona.

Previous: Input to the Gauteng Government Strategy Workshop -Thursday 28th January 2016
Next: Will Fintech Restore Our Trust In The Financial System?