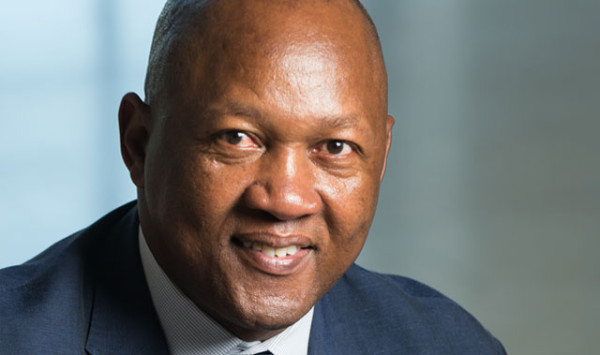 Communications regulator Icasa was wrong to push ahead with a planned spectrum auction in the absence of government policy on the issue and should withdraw an invitation to operators to apply for access until that policy had been finalised.

That’s the word from influential ICT industry figure Andile Ngcaba, who chairs Dimension Data Africa and Convergence Partners, and who was a director-general in the department of communications in the Nelson Mandela and Thabo Mbeki administrations.

In an exclusive interview this week, Ngcaba warned that unless the impasse between Icasa and telecommunications & postal services minister Siyabonga Cwele was resolved, the spectrum issue risked becoming an even bigger mess than South Africa’s long-delayed and interrelated broadcasting digital migration project.

“This might go to the appeals court, to the constitutional court, to define whose role is what. This could result in delay of between three and five years,” he said. Icasa was “entering a terrain” that was “very dangerous” for South Africa.

Ngcaba said Icasa’s plan would disenfranchise black people, not empower them, benefiting only entrenched industry interests — tier-one operators — at the expense of smaller players, including black investors and entrepreneurs. “It is wrong,” he said.

Spectrum licensing should be used to allow new entrepreneurs into the telecoms market, not to entrench the mobile network operators, he said. “It shouldn’t just be given to those who were there before.”

He accused the regulator of failing to consult adequately with the industry before issuing the invitation to apply (ITA). Because of this, it fell afoul of the Promotion of Administrative Justice Act. Its failure to work with government also meant it was ignoring requirements in the Electronic Communications Act and the Icasa Act.

He said South Africa had never licensed telecommunications spectrum, including 3G spectrum, through an auction because it didn’t make sense in a market where the affordability of telecoms was a key issue. That shouldn’t change now, he warned.

“When mobile started in South Africa, there was never an auction. People understood the nature of our country, which still has a huge digital divide. [Auctions] should only apply in countries that are developed and sophisticated.”

He said Icasa should admit that it erred by pressing ahead before government had published a forthcoming national integrated ICT policy white paper. It should cancel the ITA, hold hearings at which it solicited views of all interested industry role players and not proceed until government had finalised its policy on the matter. It should not see this backtracking as “defeat”, but rather a “wise move”.

The regulator took the industry and government by surprise last month when it invited interested telecoms licensees to apply to take part in the spectrum auction. In terms of the ITA, it would make four lots of spectrum available at a reserve price of R3bn per lot, for a total of R12bn. The highly prized spectrum is ideal for operators wanting to build 4G/LTE mobile broadband networks of national scope. Icasa’s move was welcomed by Vodacom and MTN.

However, Cwele, who said he had not been consulted by Icasa before it issued the ITA, this week followed through on a threat to challenge the move in the courts. In papers lodged at the high court in Pretoria, the minister argued — through telecoms department acting director-general Joe Mjwara — that the ITA flew in the face of national policy plans.

In a founding affidavit, Mjwara said Icasa’s requirements to participate in the auction would have the effect of “favouring a few rich and powerful [companies] to the prejudice of the rest of the role players who are entitled to utilise spectrum”. If Icasa were allowed to go ahead, it would have the effect of “negating the balanced approach to spectrum access and open access prescribed as national policy objectives”.

Mjwara argued that Icasa should not be allowed to “usurp” the constitutional functions of another organ of state “under the guise of exercising its statutory regulatory and licensing powers”.

In a document published in April, the CEOs of MTN South Africa, Vodacom Group and Cell C – Mteto Nyati, Shameel Joosub and Jose Dos Santos – expressed their fears that government intended licensing the spectrum outside an auction process to a new wholesale network consortium, with open-access obligations such as accounting separation, cost-based pricing and active infrastructure sharing imposed on all operators.

But Ngcaba — who has in the past voiced his support for open-access principles to be used in licensing 4G spectrum — said it was wrong for Icasa simply to disregard government and push ahead with the auction.

He said it must work with government, not against it, to seek consensus for the sake of the industry’s development. “They cannot pronounce on regulations without policy.”

Policy making and regulation should be done a cooperative environment

Icasa and government must sit down and talk to each other in a constructive manner, Ngcaba said. If necessary, such meetings should be brokered by a senior, independent figure.

“Policy making and regulation should be done a cooperative environment. There is no way the courts can draw a line. That would be setting a precedent that we don’t need as a market and as a country.”

Ngcaba warned that if Icasa pushed ahead regardless, it would create a “predatory spectrum environment” and could ultimately lead to “spectrum wars”. This would disadvantage end users, who would pay more for telecoms services.

He also slammed the 2014 decision by President Jacob Zuma to split the department of communications in two, creating a new communications department and a separate department of telecoms & postal services. “It was a huge mistake and is going to cost the industry a lot” in the era of convergence of technologies, he said.

One of the problems the split created was one of accountability. The conflict between Icasa and Cwele over spectrum was a consequence of that, he said. “The sooner the splitting of the department is reversed, the better.”

Previous: Op-Ed: Coalition Politics – using a Band-Aid to dress a cancerous wound
Next: The Convergence of Art & Technology